I’m back with another breakdown of a problematic music album because the last one on Demi Lovato’s Tell Me You Love Me was so well received.

I’ve never really cared for Fifth Harmony, probably because they originated around the same time as Little Mix who I had a soft spot for because I watched X-Factor over American Idol. However, I do love when these big bands break up because I think the little glimpses of the solo artists are much more interesting than their group songs which sound heavy and overproduced with an abundance of harmonies and voices that don’t necessarily match each other.

Camila Cabello attracts me for a few reasons. 1) Her name is so cool. Alliteration? I mean yes, please. 2) That Havana song had me dancing. 3) She’s very popular at the moment so I thought her album was a good one to read into.

This song compares a relationship with someone to taking illegal drugs. How romantic. We’re back to comparing people with things that kill worldwide. On a daily basis, thousands of people die worldwide from drugs. Check out these stats from America alone. Now, I know you might be thinking I’m reading into lines such as:

you intoxicate me
just like nicotine, heroin, morphine
…
just one hit of you, i knew i’ll never be the same

BUT… artists across the music industry are infiltrating our radios and streaming with the normalisation of class A, life ruining, fatal, dangerous, illegal drugs. No wonder the number of deaths has been rapidly increasing over the decades; we’re made to think these drugs will make us invincible or even replicate the feelings of nurturing and passionate love.

Not only are the lyrics in this song poor artistry, they reflect double standards. I surround myself with empowering women when I can and there are numerous conversations and encouragements on finding equal partnerships and relationships. 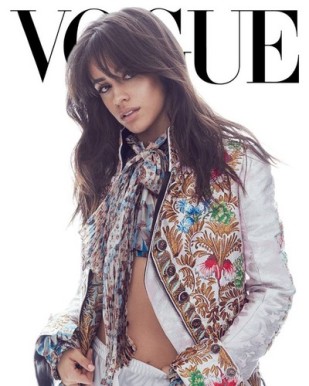 Specifically, when discussing men, we make sure our friends aren’t in relationships where they are being controlled. Then, why is it okay when it’s the other way around? Why is it okay, even sometimes sexy, if the woman is in control?

Had a man, Ed Sheeran, George Ezra, ZAYN, written this – the world would be in hysterics, screaming over how sexist and dangerous this song is. Yet, I’ve never even seen this song mentioned yet heard it played. The song oozes those sensual summer vibes but preaches dominant dangerous ideas.

At first, and hundredth listen, this song essentially sounds like a ‘good’ girl falling for a ‘bad’ boy but Young Thug, the rapper in this song, has a verse that just outright ruins the song for me. I have to admit, I absolutely love the sound of this song. It’s addictive. It’s sweet. It’s charming, almost jazz-like in some places. I don’t listen to a lot of rap music and I think one reason is because I don’t understand a lot of the references. Here, we have Young Thug’s verse:

Hey, I was quick to pay that girl like Uncle Sam (here you go, ayy)
Back it on me
Shawty cravin’ on me, get to eatin’ on me (on me)
She waited on me (then what?)
Shawty cakin’ on me, got the bacon on me (wait up)
This is history in the makin’, on me (on me)
Point blank, close range, that B
If it cost a million, that’s me (that’s me)

Originally, I thought this was a verse about sex. But it’s more than that. He’s actually paying her to twerk on him. This isn’t just two infatuated people exchanging physical contact; he is paying her for the ‘transaction’. He even compares her to Uncle Sam, implying that he’s purchasing her ‘services’, much like a citizen pays taxes (as Uncle Sam refers to the patriotic propaganda system of the Second World War).

No, there’s no song called ‘The End’. That’s just the end of this blog post because, to be honest, this album doesn’t embody many more problematic things and I’ve analysed the heck out of the album. For the most part, this album is very honest, extremely relatable and full of song hard-hitting lyrics. While the three songs discussed above do appear and include two of her most popular songs, the rest of the album is good. I love the song Something’s Gotta Give, for its strong lyrics about needing to end a relationship with someone and its ballad 00’s love song feel. There are other lyrics such as ‘who are you in the dark?’ which challenges us to be honest with ourselves and around others; there’s the lyric ‘if you’re into it, I’m into it’, which encourages consent; and there are a few songs about the facade that is LA and Camila’s struggles with entering the world.

If you’re looking for something to listen to, I do recommend this album. Just be wary.

2 thoughts on “EVERYTHING WRONG WITH CAMILA CABELLO’S ALBUM: CAMILA”