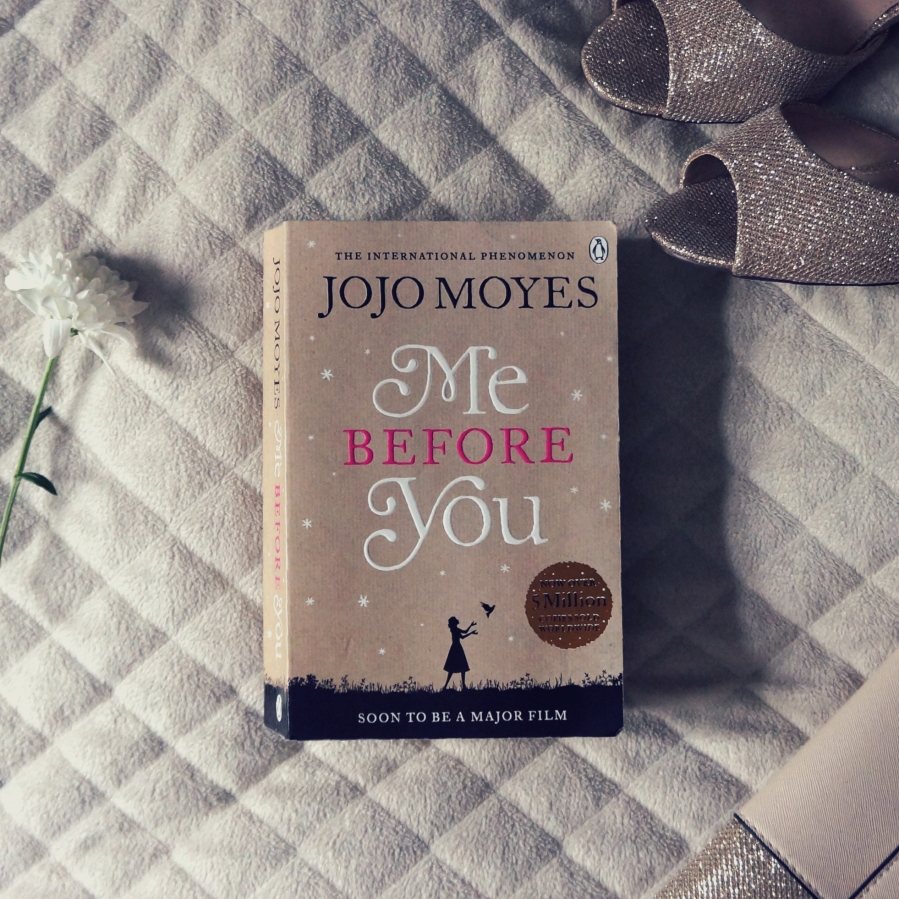 Ps. I’m doing a new thing where I make an hour long playlist with each book I read – so have a listen here.

Lou Clark, an unemployed 26 year old living in a small house with five other people, gets a job as a carer for 35 year old William Traynor who is a quadriplegic. He is short and bitter and can’t accept that his wonderful life has been stolen from him. She is a quirky, funny, witty girl who just wants to help this man enjoy life. However, when she finds out a massive secret that he is keeping from the world, she has to alter all of her plans and techniques to make things work with Will.

There is no more I can say without spoiling everything.

I think the official blurb makes the book rather boring.

The characters – Will is the sweetest and most vulnerable man and almost everything he said made me blush. It’s okay to have a crush on fictional men, ok? Louisa, although she was supposed to quirky and strange, was actually so relatable. The characterisation wasn’t exteme like the last book I read (read that review here) but believable. That is what makes a story work, in my opinion.

The dialogue – Funny, quick, important – and because the story is based in London I got to read it all in a strong English accent.

The ending – For the first time in a long time, this book had an appropriate ending. It happened in good timing, it was emotional, it was the right ending for this story. I have an issue with ending a story and I was scared that I was going to be left feeling annoyed when the plot was so risky but I felt a closure when I finished the last page. And if one day I don’t – there’s a sequel. (I have preordered it.)

Not much, actually. The writing was beautiful and the story was interesting and the characters became my friends and that’s all I can ask from a book, really. My only comment would be perhaps it’s quite a long book and there’s loads of stuff in the middle that could have been cut. It’s all a joy to read, of course, but sometimes irrelevant unless you really want to get to know the characters.

(Note: Since I’ve finished the book about 24 hours ago and written this review, I have become a little bit angry with aspects of the book. If you want to discuss them, I would love to talk about it and see what other people think. It hasn’t ruined the story for me but makes me quite sad.) 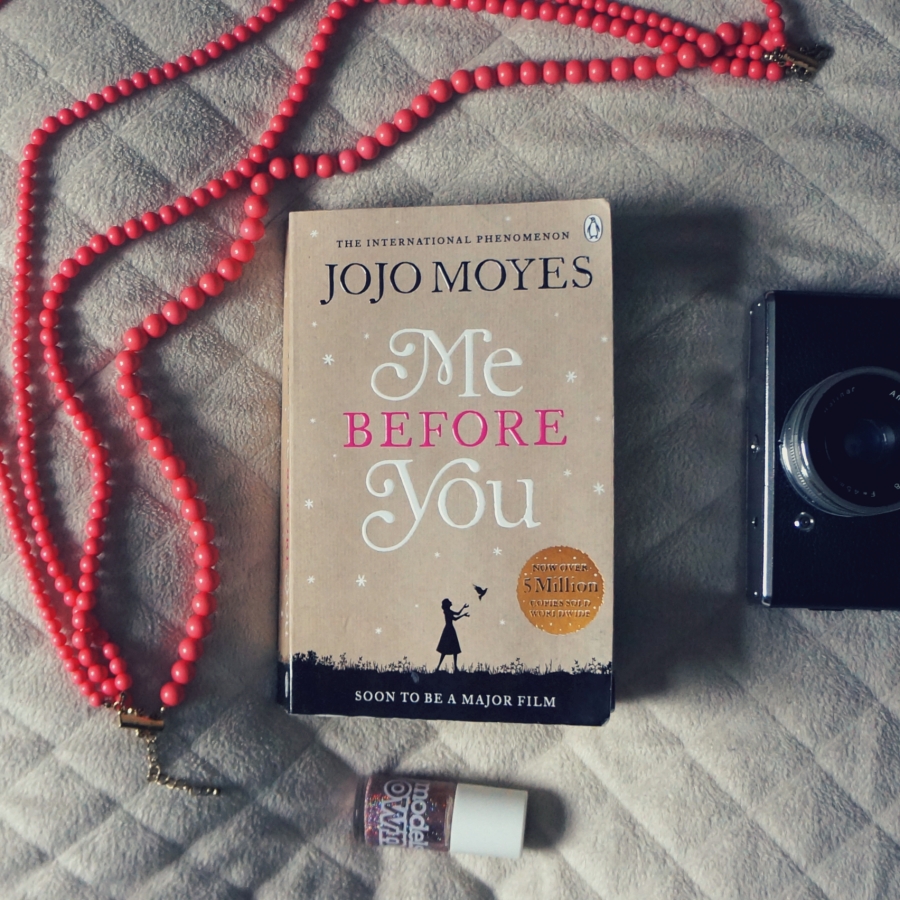 Will, of course. Imagining him as Sam Claflin might have contributed to this, too. (*blush*) I have a soft spot for anyone who was in The Hunger Games. Back to his character though… His vulnerability made him a wonderful man. I have been taught in Creative Writing that if your character isn’t somewhat vulnerable, they won’t be that likeable. Make them extremely vulnerable, and you will fall in love immediately. He wasn’t pretentious like Augustus Waters (although I still love him) but mean, hurting, depressed, selfish and nostalgic. But on the other hand, he was sweet and thoughtful and asdfghjkl I just love him.

Treena was another character that I found extremely interesting. She is Lou’s sister and has a toddler son who consumes her life. From Lou’s perspective, Treena always gets what she wants, is always believed in an argument, always doted upon. Now, for a while, I thought this was Lou overreacting but when there was the one chapter from Treena’s perspective, you saw her mindset. She thought she was the best because she had a son, didn’t disobey her parents and went to university. That relationship was really enjoyable to read about. And under it all, they had a really important sisterhood.

You don’t need to read this segment if you don’t want to know ANY spoilers at all but incase you don’t mind knowing the cutest thing that ever happened in the history of all books, then continue to read.

When Lou was younger, she had these bumblebee tights that she loved wearing. When she outgrew them, or lost them, or ripped them (I can’t remember), she could never find another pair. For her birthday, Will got a pair made especially for her; and she was ecstatic. It was the kindest thing he could have done for her. 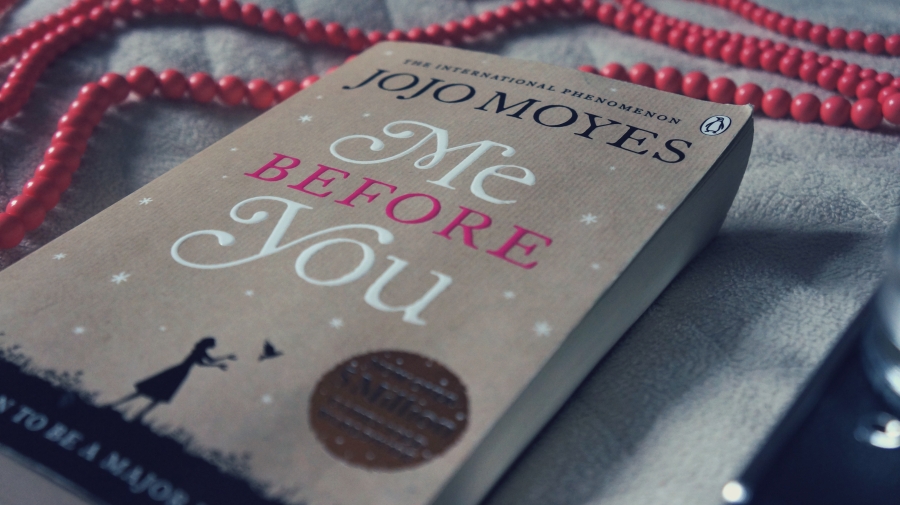 In case you missed in my last post, I will be asking myself this question because I believe I have been shaped and formed by books.

However, I don’t think this book will change me so much. It was a great read but I don’t necessarily relate to any of the characters. Lou was 26 and unemployed because she didn’t know what she wanted in life; I know what I want to do and be. Will was in a wheelchair; I am not. However, if I ever do get in an accident that leaves me like Will I am almost certain that I would not let my life become what he let his. (Cannot say anymore without giving spoilers – if you are interested in discussing anything about this at all, leave a comment and I’ll respond with somewhere we can chat).

I think one of my favourite things about this novel was the way relationships unfolded. Lou has a boyfriend, Patrick. They’ve been together for 7 years and the way Moyes reveals little bits of their relationship at a time is clever and exciting. You can learn the key element of how they function in one piece of dialogue 250 pages into the novel. You aren’t allowed to make assumptions and if you do, they are always undermined. It’s a fun way to read a novel.

I did love this book. It was heart wrenching, moving and exciting. There was a twist around every corner. As much as people compare it to ‘The Fault In Our Stars’, I don’t think it was similar, really. In my – probably unpopular – opinion, it definitely wasn’t as emotional. I didn’t cry like everyone told me I would. I didn’t carry tissues in my pockets in case I ended up sobbing in my car as I finished the last few chapters on my lunch break. I was more angry and shocked than sad.

However, I definitely recommend this book to anyone interested in a romantic drama. It really is lovely. 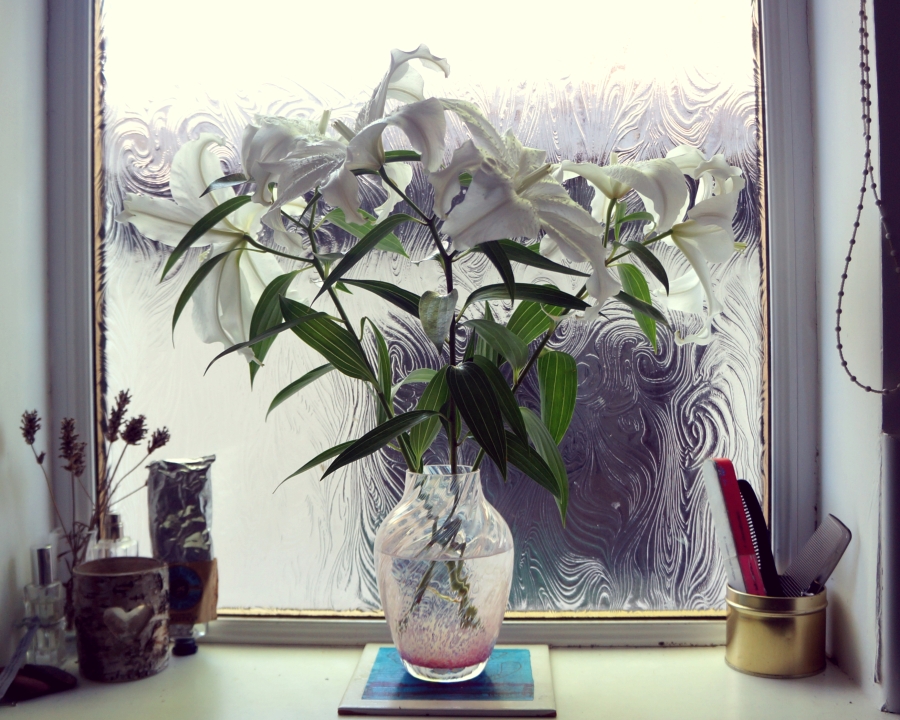 Disclaimer: I found this really hard to find those magic iconic quotes because every yummy sentence had a name in it, or a specific word, or a weird puncutation mark that would break up the quote and make it less relatable. But here’s a few…

‘An ordinary girl, leading an ordinary life. It actually suited me fine.’

‘I looked at my boyfriend and wondered if he was actually an alien.’ (This just made me laugh.)

‘I know this isn’t a conventional love story.’

‘I tore my heart out in front of you.’

‘I told myself that, somewhere, tiny partciles of him would become tiny particles of me, ingested, swallowed, alive, perpetual.’

‘You only get one life. It’s actually your duty to live it as fully as possible.’